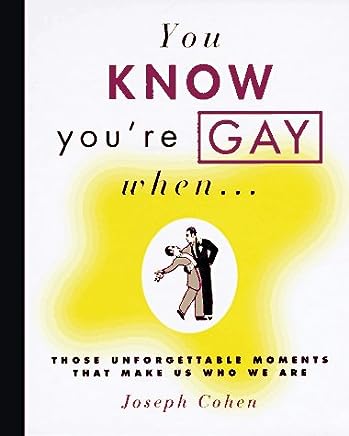 Moose then presents his friend with the last shape, a star. It is a great joy picture books. Zelinsky digitally manipulates his palette of bright colors to fill the pages with sly clues, fast-paced action, expressive typefaces and animals with winning personalities. Hilarious fun. This Australian import cries out for toddler participation, with parts for everyone.


The little dinosaur—an outline sketch of a creature drawn with multicolored pencil—rejoices in total mudlusciousness with a vigorous chant. It is nearly impossible to look at without reading aloud, chanting aloud, and even tapping and stamping and sliding: extreme joyousness. Chapman, Jared Illus. In a clear triumph for the scientific method, a young researcher systematically discovers how to keep his two close friends from punching each other out every time they meet.

Appropriately if stereotypically clad in a white lab coat, Scientist enjoys playing separately with his much bigger, likewise conventionally costumed buddies Viking and Pirate—but when the two come face to face at his birthday party, disaster is plainly in the offing. Hypothesis: Will cake bring the combatants together? Yes, but not in a good way. Will party games improve the outcome? Uh, no. Time for a new approach. Waging peace through…science! That this debut is as funny as it is sneakily informative is icing on the cake.

Cole, Tom Clohosy Illus. A boy narrates this poignant account of a family divided by the towering wall. The Eastern, Soviet-dominated occupation is conveyed in bleak, blue-black scenes dominated by guard towers, barbed wire and claustrophobic interiors. Yet, if they do nothing, they might never find Dad. Striking, expressionist graphics and a plainspoken, minimalist text distinguish this standout. Copeland, Misty Illus. In this, her first book for children, she establishes a dialogue with an imaginary young girl, also black, who is full of doubts.

His vibrant reds, golds and blues, set into the sharp-edged patterns of the backgrounds, evoke the intense drama of the Firebird ballet and pulsate with kinetic synergy. Double-page spreads depict the young girl maturing from loneliness to uncertainty to accomplishment as the ballerina practices at the barre and provides a one-on-one display of bravura technique.

A starscape filled with visual drama and brilliance. Friends Piggy and Bunny return in the fourth of this charming series, and in this episode, they experience their first campout— that is, if they can dispel their fears first. The spare text is backlit by simply composed, mixed-media illustrations. As in the other books, the. It provides the backdrop for the interplay as the two animals demonstrate different poses—casting a variety of shadows—in their playful conversation about this hypothetical monster.

A familiar frog sidekick pops up throughout the scenes. Edwards, Wallace Illus. A gallery of chimerical critters that Darwin himself would be hard put to justify. With these and other lovingly detailed portmanteau creations, Edwards Mixed Beasts, takes nature past its outer limits to hilarious effect. Made up of easily recognizable, if notably unlikely, parts that are rendered with crisp, colorful precision, each of the 12 animals poses proudly in more or less natural settings.

The odd, smaller Frogtopus or Snailagator hides in the weeds for sharper-eyed viewers to spot.


This multicultural take on a Busytown sort of place is rife with opportunities for I-spy reading and language acquisition. The multigeneration, multiethnic Palabra family lives in Multiracial families, same-sex couples, people using wheelchairs and others wearing hijab are just a few examples of the diversity of humanity that is included in the pictures, and Crunchy ends up seeming simply intrusive.

Most of the story follows Pop Pop, Sam, Maya and, alas, Crunchy, as they go out into their town to visit the library, play in the park and have lunch. The brief narrative text introduces these activities, but the aim of the book is to invite perusal of spreads that are jam-packed with detailed, labeled pictures of people, places and things in the community. A fine addition to the word-book shelf, aside from that crocodile.

George, Kallie Illus. First Cloud models crying by raining, and then Wind wails and howls. Instead of being inspired to soften up a bit and shed some tears of his own, Flare is repelled. Then Sun shines a path through the forest, leading Flare to a baby bird that has fallen from its nest and hurt its wing.

The little bird cries in pain, and empathy finally moves Flare to tears as well.


The image is of an older man, humbly clothed in a baseball cap and a fuzzy sweater with elbow patches. He smiles slightly as he prepares to unlock his workshop door. Frank received an order for an outfit that made all the others seem rather dull. The creatures soon take over, spilling things, neglecting to clean up and playing loud music.

With order restored, all is well until the house makes disturbing noises, prompting resourceful Julia to create a final sign recruiting a handyman. Hatke steps from graphic novels Zita the Spacegirl to the picture-book format with aplomb, blending tropes from both worlds for a sweetly weird domestic adventure. Readers will want to move right in. When bath and visit end, Jack returns via tub drain. Mills, Alan Illus. Beyond the familiar title song, this collection features alphabet and counting songs, as well as nursery songs introducing months of the year, travel destinations and musical instruments.

PisHier Pierre Girard offers illustrations featuring round-headed humans and stylized animals on backgrounds of bright, off-spectrum colors. These are energetic but not as sophisticated as those done by Abner Graboff for two of these pieces in the s. The title song is pictured in its entirety, occupying nine double-page spreads. Each animal appears on. Others are far more compressed, with lyrics paired to just one or perhaps two illustrations.

There are some missteps. 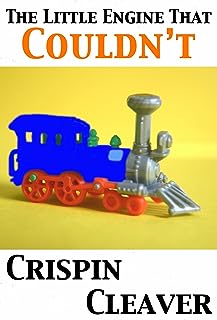 Emilie Clepper and Thomas Hellman perform the songs with attractive close harmony and an interesting variety of instrumental backup. The illustrations are amusing, but the real reason to purchase the book is for the accompanying CD. Mora, Pat Illus. What appears at first to be a simple expression of the myriad forms of water—from waves to clouds, fog and frost and in lazy marshes, churning rivers, breaking waves and more—becomes a trip around the world as readers come to realize that the locations and people shown are just as wide-ranging.

A picture key at the end identifies the location for each illustration. The cover images, the front inspired by Victoria Falls in southern Africa and the back, a geyser in Iceland, set the stage for the variety inside.

She concludes with an image of our watery world and its dry moon from space, an important reminder. Mosher, Melanie Illus. Can peach dumplings save the world? The girl soon is dressed in clothes made out of the peach skin by the farmer. The husband creates a helmet and shield from the peach pit. Armed with only her wits, her courage and some delicious peach dumplings cooked by the farmer, she meets a monkey, a dog and a pheasant who, lured by the dumplings, accompany her on her quest. She offers the Shrek-like ogre some dumplings, and they share them over tea.

Television writer, actor and comedian Novak delivers a rare find, indeed: a very good celebrity picture book. Employing direct address, it pleads with the implied child listener to allow him or her to stop reading. Nonsense words, silly words to be sung and even a smattering of potty talk for good measure all coalesce in riotous read-aloud fare. A riotously fresh take on breaking the fourth wall.

Nakamura, Raymond Illus. A fishing trip with Gramps helps a little girl feel grown-up. Very early in the morning, Grace and her Gramps pack all their worms and tackle as well as their favorite lunch—fire pie! The excited Grace actually rolls down the hill to get to the riverbank. 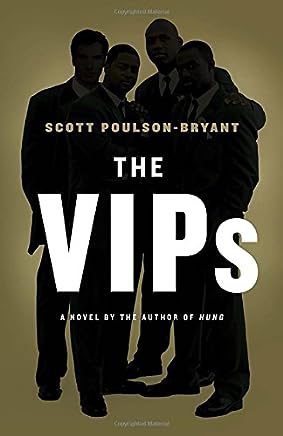 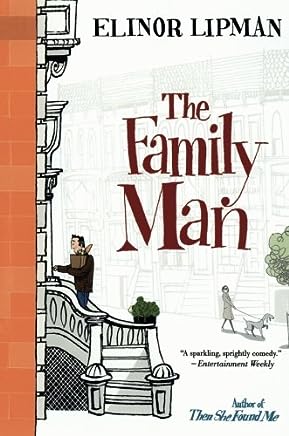 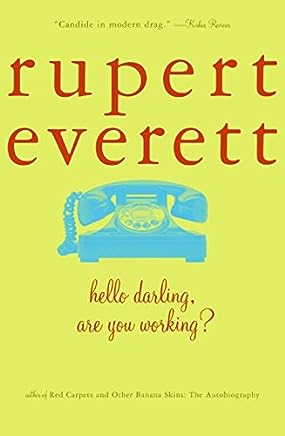 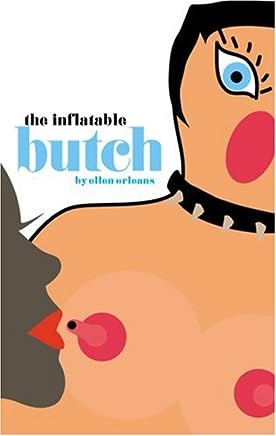 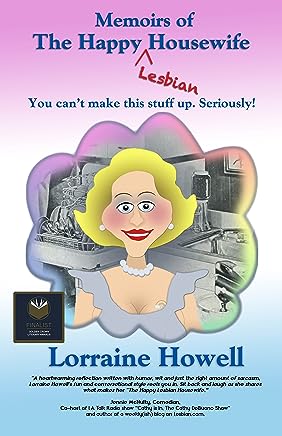 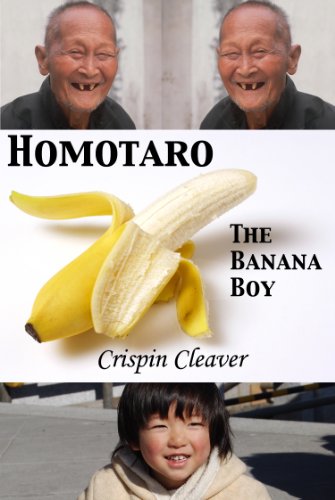